American Day was held in Nishinomiya in 2012 for the first time, and has been held every year afterwards in Osaka, Sakai, and Higashiosaka. American Day 2019 was held at Kobe Higashi-yuenchi (park) where the Consulate General had been placed before moving to Osaka as the Homecoming Day after 32 years.
First, Ms. Karen Kelly, Consul General gave a speech at the opening ceremony to start the event. And then there were introductions by each group which were exhibiting in the booths. 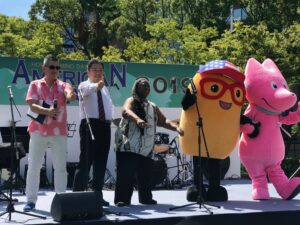 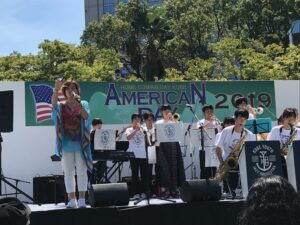 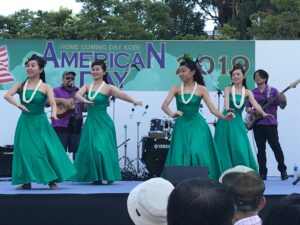 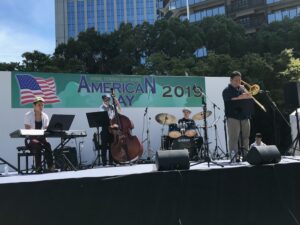 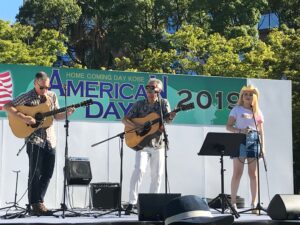 The main event for this day was the Special Talk by Marty Kuehnert and Masayuki Tamaki. We could hear interesting topics of the differences between sports in Japan and America. 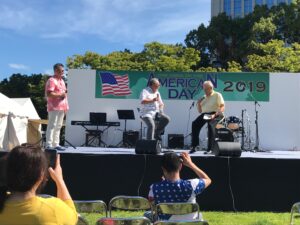 In the end, a lottery was held, and wonderful prizes were presented by the Consulate General and the other exhibitors, and the crowd cheered wildly. 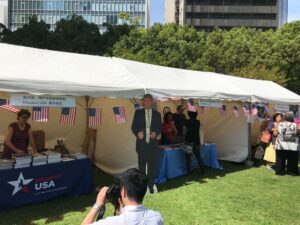 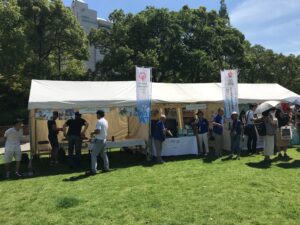 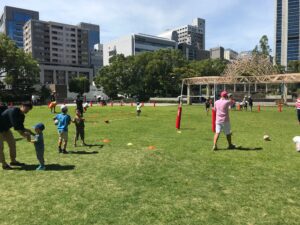 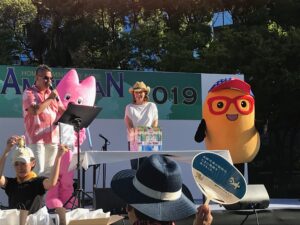 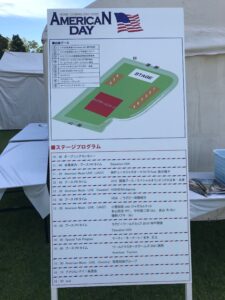 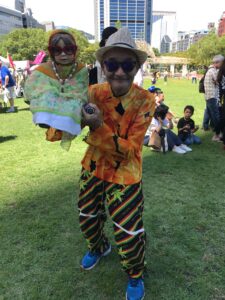